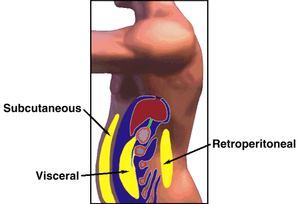 But sometimes it really is just the hormones, the Daily Mail reported.

An endocrinologist with the Salford Royal NHS Foundation Trust, a hospital in the United Kingdom, said weight gain often derives from thyroids underactive, overactive or virally infected, in addition to excessive or deficient amounts of estrogen and testosterone.

Dr. Tara Kearney said underactive thyroid, or hypothyroidism, affects women – about 3 percent ages 20 to 40 – insidiously, creeping along over the years with gradual weight gain that appears natural. “People may think they’re putting on weight because they are getting older and blame feeling a bit ‘flat’ on life not being great.”

The condition occurs when the thyroid gland in the neck fails to produce sufficient quantities of thyroxine, a hormone that regulates the amount of energy produced by the body, among other functions. Other symptoms might include dry skin and hair, with rare cases involving coma as the metabolism slows to such an extent the brain stops working.

Conversely, overactive thyroid produces too much thyroxine, causing metabolism to speed. The sufferer often loses weight even while experiencing a greater appetite. “If you’ve got too much thyroid hormone, it’s as if you’re buzzing,” said Kearney. “You can be slightly irritable, wired, sweaty, and the pulse rate tends to be fast.”

Other symptoms might also include garbled speech, diarrhea and “bug eyes” – an unsightly look caused by antibodies in the bloodstream affecting muscles at the back of the eye. More seriously, the condition may strain the heart and cause arrhythmia.

Moreover, fluctuations in weight may not necessarily be the cause of “yoyo dieting” or breakdowns in personal discipline. People suffering from a viral infection of the thyroid, known as viral thyroiditis, may move through overactive and underactive phases before finally returning to normal, though some experience permanent hypothyroidism.

“Nobody knows which exact viruses will lead to it,” said Kearney, noting that the condition occurs only rarely in approximately 5 percent of women who’ve given birth with resulting inflammation of the thyroid.

Weight gain in middle-aged people may also be attributed in part to declining sex hormones in men and women, with testosterone declining slowly and steadily in men and estrogen dropping more precipitously in women. However, much weight gain around the abdomen in men and women can be blamed on the natural aging process, in addition to changes in lifestyle.

In men, an unfortunate cycle begins as body fat converts testosterone to estrogen, shuttering also production of chemicals that help the testes produce testosterone. Elevated levels of estrogen may also produce “man boobs,” with male breast tissue growing to resemble that of a woman’s. Men might also develop enlarged breasts as a result of hormonal treatment for prostate cancer, which lowers the production of the male hormone androgen.

In men and women, too much of the stress hormone cortisol can cause problems. “Cortisol is a stress hormone that helps you hang on to your calories in case you need them – in evolutionary terms this was to prepare you for battle,” said Kearney.

With an adrenal gland pumping out too much of the hormone, people might develop Cushing’s syndrome, typically experiencing a large, round face with ruddy complexion and a pad of fat between the shoulder blades. “You get a lot of muscle-wasting on the limbs,” said Kearney. “You seem to inappropriately burn up protein despite having lots of fat to rely on – so your thin arms and legs make it look as if you have more elsewhere.”

For those who believe their weight gains and losses unrelated to lifestyle behaviors, doctors with the “University of Google” recommend a plethora of home-help tests.