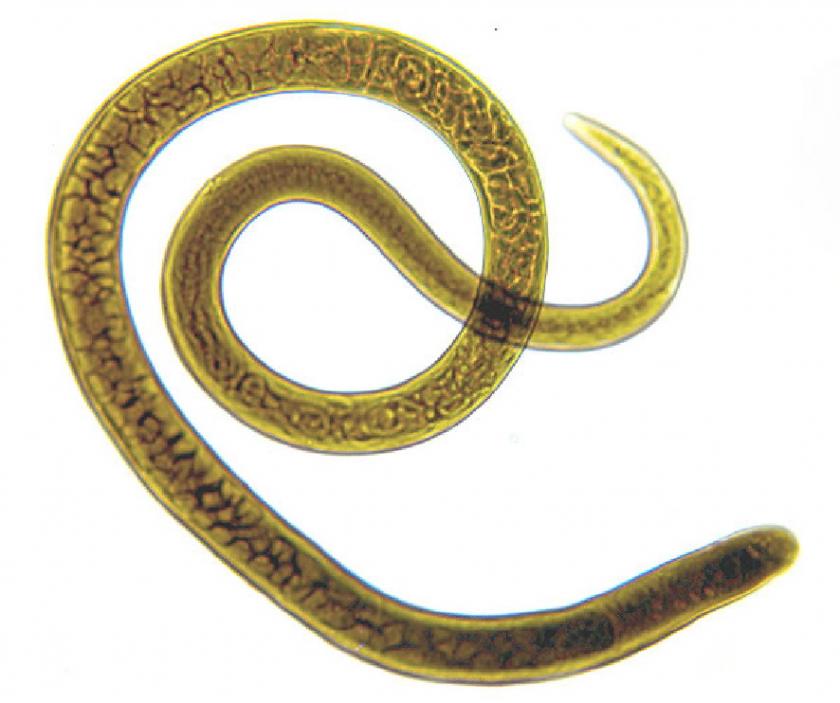 Weight loss may play an important role in the body’s response to fighting off intestinal worms, according to new research.

A new study found that the immune system takes over the natural feeding pathways to cause weight loss, which then triggers the defense mechanisms down the correct pathway to force out the worms.

Nearly 25 percent of the world’s population is infected with gastrointestinal parasites.  These infections often lead to a period of reduced appetite and weight loss.  However, scientists say that very little is known about the factors controlling these sudden changes in feeding and the reason why these changes occur.

Scientists studied the immune response systems in mice that were did not have immune cells and feeding hormones. They infected the mice with the round worm parasite called Trichinella spiralis.

Researchers then found two different immune mediators behind two periods of reduced feeding.  They discovered that the immune system of the mice was using the hormone holecystokinin, which usually stops feeding during daily meals to cause a reduction in weight and fat deposits.  Researchers said that the loss in weight and fat then reduced the levels of the fat produced hormone leptin, which can influence the immune response.

To see whether this reduction in leptin had an advantage, researchers restored the leptin levels in mice during the worm infection.  They found that the mice with restored leptin did not make the correct immune response to the parasite, which resulted in a delayed worm expulsion, according to the study published in the journal PLOS Pathogens.

“We were quite surprised by what we found during this study,” researcher Dr. John Worthington said in a statement.  “Normally weight loss is associated with a negative immune response but this appears to suggest just the opposite that the immune driven weight loss was actually beneficial to the mouse’s ability to resolve an infection and get rid of the worm.”

“Our study provides novel insights into how the immune system interacts with feeding pathways during intestinal inflammation. We hope it will help us to design new treatments for the many millions of people who suffer from parasitic infections of the gut,” he added.

Researchers said that the latest findings might also apply to other human diseases that cause inflammation of the digestive system and affect appetite and nutrition.