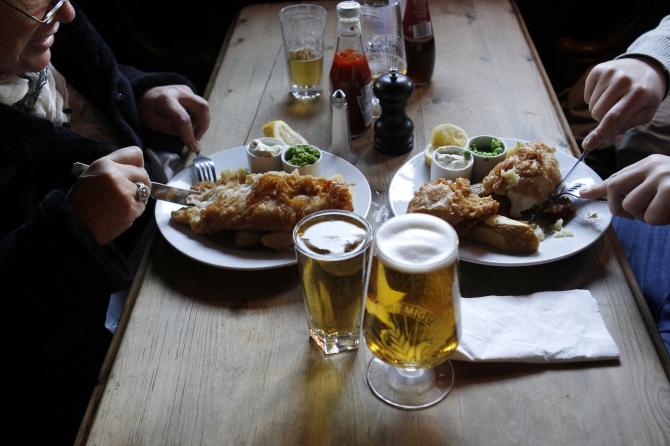 Eating meals at regular times but fasting through the night might help reduce your weight, says a new study published in the journal Cell Metabolism.

Researchers at Salk Institute for Biological Studies have found that mice that were kept on diet that comprised of eating for eight hours a day followed by fasting were more likely to be healthy than mice that could eat at any time of the day or night.

“This was a surprising result. For the last 50 years, we have been told to reduce our calories from fat and to eat smaller meals and snacks throughout the day. We found, however, that fasting time is important. By eating in a time-restricted fashion, you can still resist the damaging effects of a high-fat diet, and we did not find any adverse effects of time-restricted eating when eating healthy food,” says Megumi Hatori, lead author of the study.

But do not jump to conclusions yet, researchers have only proven that this type of diet control works on mice.

“What we showed is under daily fasting the body can fight unhealthy food to a significant extent. But there are bound to be limits,” Hatori said.

In the study, both sets of mice were kept on high fat diet, as much as 60 percent of the total calories came from fat. Both sets of mice had the same level of calorie uptake but still the mice on time-restricted diet were healthier and had lower cholesterol and blood glucose levels.

Obesity is growing with an alarming rate of more than 30% in America. Men and women across all ages and ethnicities are prone to obesity but non-Hispanic black (44.1%) and Mexican- American men (39.3), especially those with higher income, are more likely to be obese.

Earlier studies have indicated that people who work in rotational shifts or have disturbed sleeping patterns tend to be put on weight.

Shorter duration of sleep makes people eat more, especially food that is high in fat. When people do not get enough exercise to use this extra food, they tend to store it in their bodies, according to a study published in the American Journal of Clinical Nutrition.

“Implicit in our findings is that the control of energy metabolism is a finely-tuned process that involves an intricate network of signaling and genetic pathways, including nutrient sensing mechanisms and the circadian system. Time-restricted feeding acts on these interwoven networks and moves their state toward that of a normal feeding rhythm,” said Satchin Panda, senior author of the paper.

“The take-home message is that eating at regular times during the day and overnight fasting may prove to be beneficial, but, we will have to wait for human studies to prove this,” said Panda.

“Our findings, however, suggest that regular eating times and fasting for a significant number of hours a day might be beneficial to our health,” he said.