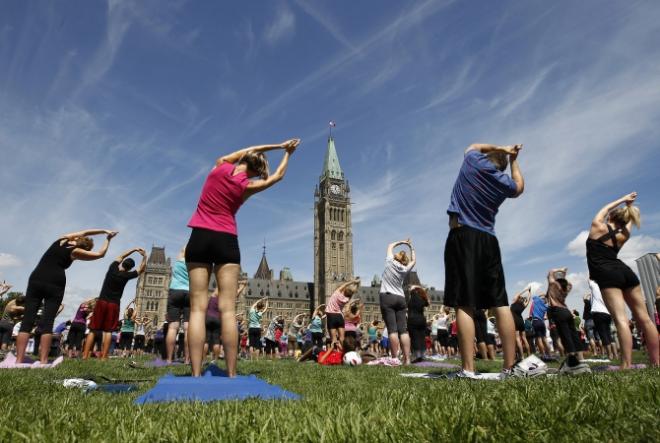 Everyone knows that physical activity is good for you, but new research indicates that the time of day of exercise is just as important as the workout itself. Researchers from Northumbria University wondered whether exercising on an empty stomach before breakfast would cause exercisers to have an increased appetite and eat more during the course of the day, counteracting any positive effects that exercise could have on weight loss. They found that people who worked out on an empty stomach did not eat any more than they would have otherwise and, in fact, they even burned 20 percent more fat than people who worked out after eating.

Researchers conducted a study with 12 physically active young male volunteers. At 10:00 in the morning, each was asked to conduct a treadmill exercise, either having eaten beforehand or having fasted before the experiment. After the exercise routine, the participants were fed a chocolate milkshake recovery beverage. During lunchtime later on, the participants were given a pasta lunch that the researchers instructed them to eat until they were comfortably full. Afterwards, researchers calculated the participants’ consumption of energy and fat at lunchtime, taking careful care to take into account the amount of energy and fat that they had burned during their workout.

The researchers found that the participants who had eaten on an empty stomach did not consume additional calories or exhibit an increased appetite during the day. They also found that participants who had not eaten before the treadmill exercise burned 20 percent more fat than those who had eaten breakfast beforehand. That finding indicates that, for people who would like to lose weight, exercising before breakfast provides the optimal outcome.

The researchers note that the study does not indicate the long-term effects of exercising before eating.